Art Projects
The Beginning of Message in a Bottle 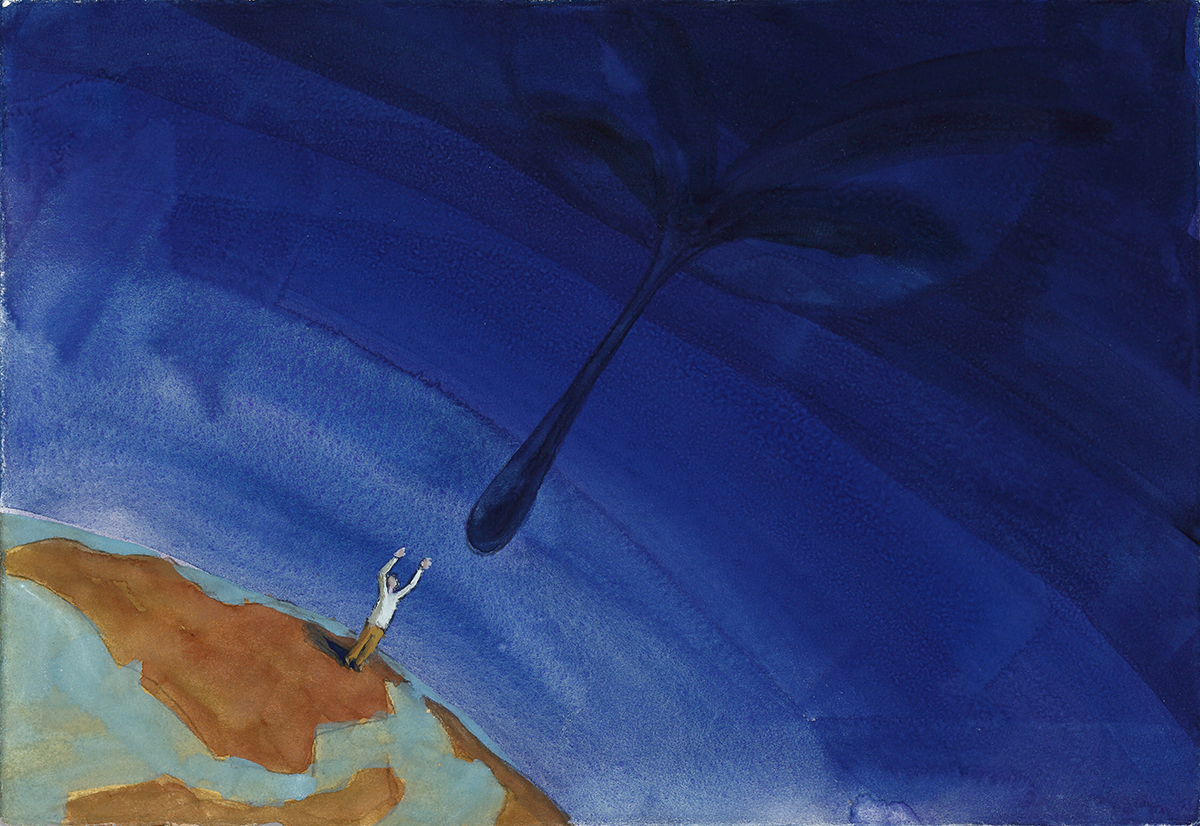 Space surrounds our earth, spreading outwards for hundreds of thousands of light years.
One day while I was looking up and observing space from the surface of the earth,
I found a hole in the sky where space was coming down towards me like a drooping tail.
I reached out and grasped the tip of the tail, which came free.
Whilst I stared at what was left in my hands, I imagined myself from above,
standing there and looking into space from the surface of the round earth.

Of course, this could never happen. It’s an artist’s imaginary story, but I de-cided to ask an astronaut to capture a piece of space, and to bring it back to earth for us.

And that’s what happened in September, 2010.

After his first solo exhibition in 1983, Matsui Shiro attracted attention as one of the young artists playing a key role in the Kansai New Wave with a unique formative art created with various materials, humor and intelligence. He began to create works with silicone rubber in 1991, and has output numerous site-specific works using nylon balloons since releasing The Way to Artwork is Through the Stomach, a masterpiece using materials for tents, in 1997.
His works applying principles of natural science shake human perception and space recognition. He has tried to do gardening in space and bring back bottled cosmic space in collaboration with the Japan Aerospace Exploration Agency (JAXA), and has organized the Message in a Bottle art project in various areas since 2014. 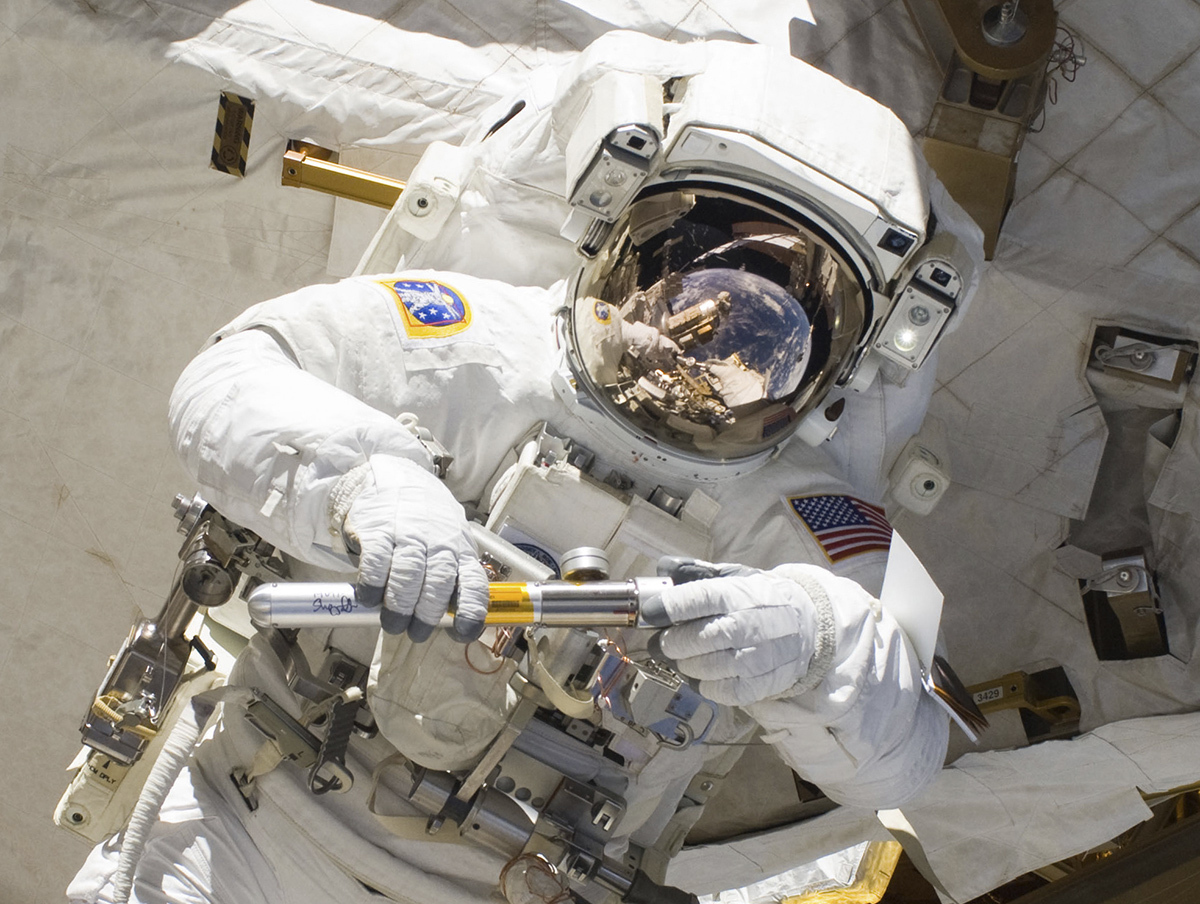 Astronauts made two separate missions before they could successfully return space to earth as a Message in a Bottle.

Mission One began with a statement recorded by the NASA astronaut Shannon Walker on board the International Space Station (ISS):

“I Shannon Walker, on the fourteenth of September in the year 2010, hereby announce that on behalf of the people of planet earth, we will perform an EVA (extra vehicular activity) to fill this bottle with a bit of outer space. We will then take this bottle back home where it will serve as a memento of our endeavors, and as a message of wonder for all people”.

On the 1st of March 2011, whilst the Space Shuttle Discovery was docked to the ISS, NASA astronauts Steve Bowen and Alvin Drew received instructions to return to the airlock after an EVA. The crew on board the Space Station played the song “Message in a Bottle” by eighties English rock band The Police, to remind the astronauts to perform their final activity, to capture a memento from space. Once the task was complete and the bottle sealed, a commemorative photograph was taken to mark the occasion.

Message in a Bottle was returned to earth on board Space Shuttle Discovery (Mission STS-133) on the 19th of April 2011, and transported to Tsukuba Space centre in Japan(TKSC). However, when the glass bottle was removed from its protective aluminium canister, it was discovered that the glass had been damaged and the contents lost.

You can read the official JAXA mission reports and collectSPACE reports below: 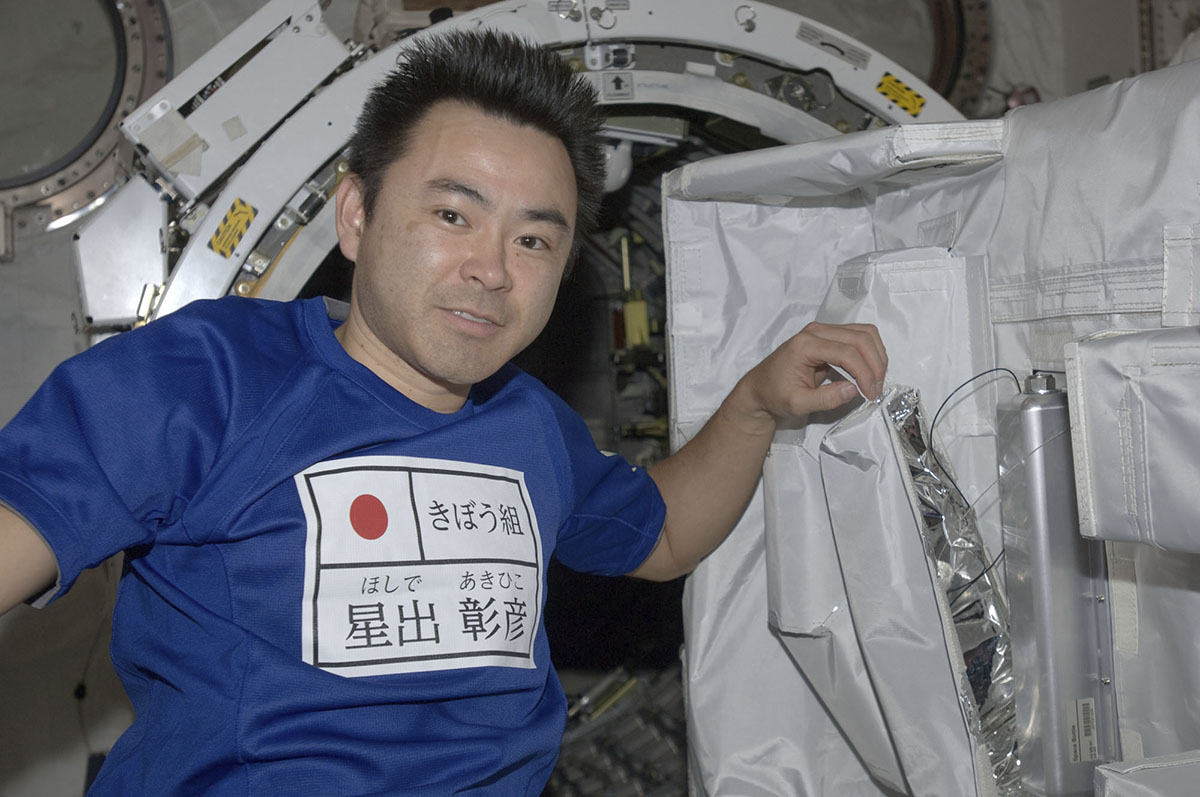 Following an investigation in to possible causes of the damage to the glass, the project was redesigned to eliminate all possible impacts to the bottle caused by a space walk. It was decided to use a robotic arm to collect the sample, and a second mission was made on the 21st of September 2012 on board “Kounotori”, the Japanese Aerospace Exploration Agency’s HTV-3 cargo ship.

On the 4th of October, Japanese astronaut Akihiko Hoshide attached the bottle to an MPEP (multi-purpose experiment platform) and maneuvered it in to position outside the Japanese “Kibo”module using its robotic arm. A second sample of space was taken, and the glass bottle remained in storage within an airlock until January the 25th, 2013. NASA Astronaut Thomas Marshburn signed the canister, and Message in a bottle was returned safely to earth on board a SpaceX dragon spacecraft on the 1st of March, 2013.

Mission on the Ground 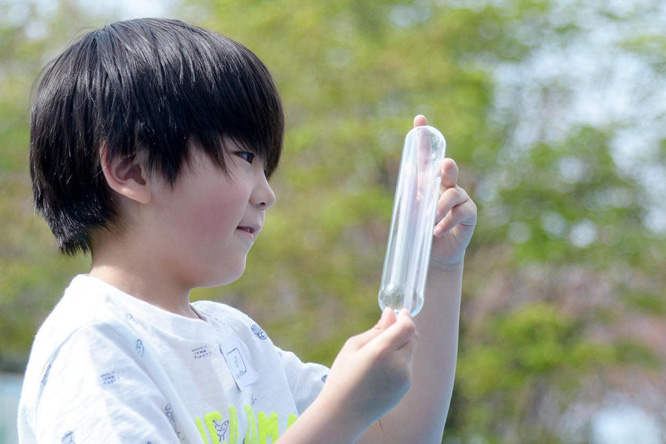 “Let’s send a Message in a Bottle~ to future humanity!”
Since the small glass bottle was brought back to earth, we are now inviting people to the Message in a Bottle project and giving them the chance to hold a little bit of space in their hands.
After the experience, visitors are asked to express their thoughts about the experience, which then becomes part of our growing archive, viewable online.

Hold the bottle of
outer space in
your hands.

Express your
thoughts on paper.

Scan the paper and
send a message to
future humankind!

Place the original
paper in a tube, seal it
shut and take it home.

Mission on the Ground Archives